What and Why We SHOULD Teach 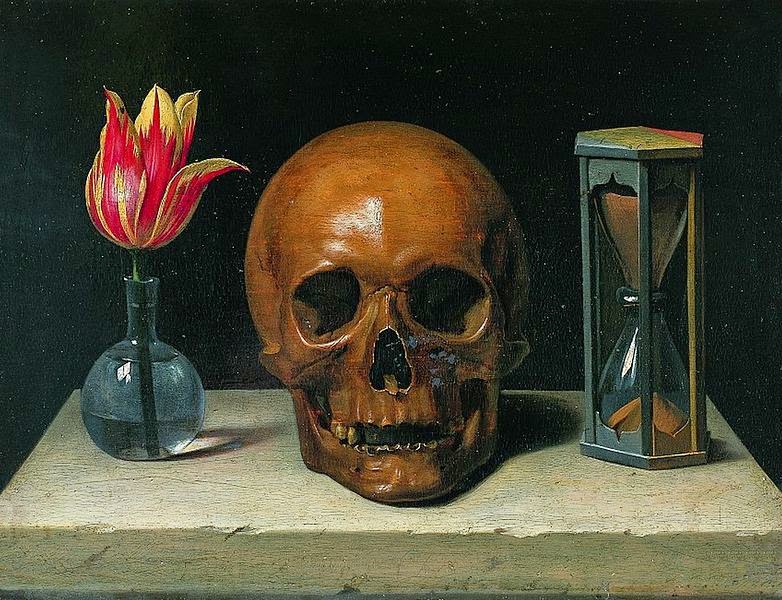 It's time to give it up. I'm abandoning it whole-heartedly. Here and now. I'm leaving it behind forever.

What am I talking about?

As long as I've been a teacher, I've been trying to be something that I should never have been: dispassionately objective. Now, most people who know me personally would probably laugh at the idea that I've ever pretended to be that. I speak out often. I engage people with politics. And I've sometimes acted with a chip on my shoulder.

But ever since I began teaching, at some level of my consciousness, I've held onto this naive belief (with increasingly less and less vigor) that I should attempt to be a technician of teaching - that my ultimate purpose should be to learn the latest and greatest techniques to help students learn sets of skills and facts that could ultimately be quantified. And, importantly, in doing so, I should not allow students to know my beliefs and opinions - or, at the very least, I should not allow them to influence their thinking.

Well, that chapter in my life is over. I'm declaring it dead here and now. Goodbye teacher technician. There is no right place in the world for you.

Why am I doing this? Why kill the part of myself that so many teachers point to when asked what makes them good at what they do?

You see, I have this strong opinion about the world in which we live.

I don't cuss often in this space. And I don't use fucked lightly here. I thought about its use long and hard.

How would a reader take it? Lightly, as means of keeping her engaged? Or heavily, as a deep expression of my sorrow and pain at what I observe?

It's meant to be heavy.

Nearly thirty-two years into my life, I've come to hold one opinion more strongly than all others. And that is this: Much of modern society deals in death and dehumanization. We are slowly (but with increasing rapidity) destroying our earth and ourselves, a superficial division between a single system of life.

Although it should be clear to anyone who's paying attention in the richest country on earth, it is perhaps not as obvious as it might be to those who live on humanity's margins.

Those of us who drive fancy cars and live in gated communities with pools, the time for golf, and private masseuses are often not confronted directly with the ravages that our global monoculture of consumption has afflicted on our planet and species.

As a straight, white, "educated," wealthy, healthy, male living in the richest country in the history of the world; I attribute that I have mainly been confronted with this reality to two things: 1) I have been privileged enough to travel to many "poor" countries, and 2) I have worked nearly a decade in some of our country's "poorest" neighborhoods. (I put poor in quotations because I mean to highlight the idea that material wealth is not what everybody means when they use the words rich and poor.)

And in a way, these experiences have been my true privilege in life: to see outside the cultural lens with which I was raised in order to understand others.

That which drives the cycle of consumption and destruction can be attributed to the same root problem that drive many social problems, including the many isms that social justice education seeks to redress.

That root problem is that our modern world's cosmology believes each of us to be individuals whose primary purpose is to compete against one another in order to achieve what we've defined as success. In that pursuit, while we may do well racking up material goods or money (our imaginary system of "wealth" that leads to the long-term destruction of life), we have become isolated, alienated, and completely disconnected from both our earth and one another in so many different ways.

In other words, we have forgotten how to love.

The fundamental anchors that moor our systems of modern education promote this loveless drive for success.

In the name of life, we must change our cosmology, the story we tell ourselves about reality, immediately. Seen through this lens, education takes on a new sense of urgency. And it is not the urgency we commonly associate with getting kids to pass tests.

As my thinking about learning and community matures, I've abandoned almost entirely the precepts that have guided schooling in our country over the last two centuries or so.

Systems have a tendency to create humans in the image of those who run them. Public schools are no different. Most of us who attended public schools internalized their basic structures and practices. As a result, we find it difficult to imagine what alternative might exist in their absence.

When I discuss current practices in public schools with others, I often find myself returning to a fundamental truth a great many of us seem to have forgotten. And that is this: Science estimates that modern humans have inhabited the earth for approximately 200,000 years. So, for 200 millennia, humans have found ways to learn, participated in culture and various types of societies, and found ways to humanize themselves and one another. It has only been for a tiny fraction of that time that the modern school has attempted to "aid" in that learning, or humanization. 1/1000th of that time. For the other 199,700 years, humans somehow found powerful ways of learning and being without our schools.

The modern school, while often well-intentioned, is far from ideal. It long ago abandoned the quest for wisdom, and has replaced it with the banking system of education described by Paulo Freire focused on filling students with information and skills. It has become a very two-dimensional system of education that promotes the idea among both students and staff that the earth, knowledge, and others should be objectivized in the quest for "success."

Through various practices, we foster a culture of competition rather than collaboration. We have debate rather than dialogue teams, high-stakes tests rather than authentic formative assessments, persuasive rather than reflective writing, lists of standards to be mastered, a focus on winning rather than learning in school sports, etc...

I do not mean to imply that debate or sports do not offer an individual value. I do mean to say that used in this way, they mostly foster isolation and promote the idea that success (and what we should strive for) comes as a result of working against rather than with others.

So I'm sorry. I can do this no longer. I will not continue to be a silent bystander who acts as an accomplice in the destruction of the world.

From this point forward, I will be very clear that I have a bias as an educator.

Educators, if we are to be more than indoctrinators, must imbue love. And here, I don't mean what our culture imagines love to be: romantic, weak, sappy, and mostly powerless.

I mean real love. The kind that makes clear that all of us are in this reality together. We are not here to compete, dominate, or have more than anyone or anything else.

Some would, and have, snickered at this notion as idealistic. They believe it is a lame and ignorant vision for our future disconnected from reality. I believe that perspective wholly denies the extent of the human potential, of life's desire for deep and authentic community. I believe that perspective to be ignorant of the power we have to change, and largely borne of the trauma and cultural pathology that accompanies the worship of competition, economic efficiency, and perfection.

So that is what and why I will teach. It is what and why we should all teach. I've come to believe that if there is such a thing as truth, it is this; it is love. And I'm not going to feel bad or unprofessional for being direct about that bias.
Labels: Love Modern Schools Purpose of Schooling