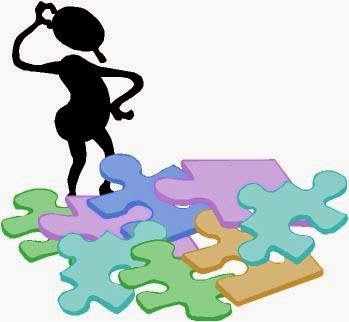 International relations, astrophysics, calculus, or third-world economics all sound so much more complex and potentially interesting.

To listen to public opinion, this must be the way many people think. If Haley Sweetland Edwards' recent piece in TIME is to believed, David Welch is one glaring example.

Since it came out, the article has unleashed a fury of backlash from educators across the country. Sadly, too much of the counter-narrative (i.e. the narrative resisting the corporate reform of public education) often comes across as vitriolic. It includes ad-hominem attacks and equally poorly reasoned, ignorant charges.

Both sides over-simplify the issues at hand.

One example of such over-simplification is evident in Edwards' piece here:

"It seemed crazy to Welch that teachers in California receive tenure–permanent employment status designed to protect them from unfair dismissal–after less than two years on the job and that principals are often required to lay off the least experienced teachers first, no matter which ones are the best. It seemed even crazier to him that in some districts it takes years and tens of thousands of dollars to fire a teacher who isn’t doing a good job. Welch remembers asking a big-city California superintendent to tell him the one thing he needed to improve the public-school system. The answer blew Welch away. The educator didn’t ask for more money or more iPads. 'He said, ‘Give me control over my workforce,'” Welch said. “It just made so much sense. I thought, Why isn’t anyone doing something about that? Why isn’t anyone fixing this?'"

To read the article (after this quote), one gets the impression that, armed with a single insight from one superintendent, Welch went on to finance a tremendously costly lawsuit aimed at stripping California teachers of due process rights.

I should hope that Welch did more research before making that move. If you're going to use your tremendous personal means to influence democratic institutions in ways that only a small sliver of extraordinarily privileged people have access to, it might behoove you to spend a significant amount of time gathering information from as many different stakeholders as possible before doing so. I hope Edwards just left that part of the story out.

The article portrays Welch as having made an elementary mistake. He assumed that public education can be understood and treated like private industry. It's a mistake made time and again by well-intentioned wealthy philanthropists, and most eloquently captured by The Blueberry Story.

Just like in business, the people who move up the pecking order at district offices typically have career ambitions. Too often, those who climb the ladder to the position of superintendent aspire to continue up that ladder. Sometimes the goal is to take state or national directorship roles, or possibly go into highly-paid consulting work.

The more noxious elements of NCLB and Race to the Top have guaranteed that central to the strength of the rungs on the career ladder for superintendents is performance on standardized tests and other one-dimensional measures of student achievement.

Administrators oriented in their work primarily by the career ladder naturally have an interest in giving a majority of their attention to the appearance of their schools according to these one-dimensional measures.

Ironically, and particularly in low-income districts (where we are ostensibly most concerned with the quality of pubic education), this attention to looking good often inspires compliance-oriented work on behalf of teachers and principals. This, in turn, takes time away from dedication to thinking through the hard issues around achieving quality for their particular students.

If Welch had called me, I would have coached him through his thinking a little further before mounting any lawsuit. I would have agreed that it makes sense to give district leaders control over their workforce when those leaders are incredibly intelligent, compassionate public servants deeply attuned to the needs of their particular communities. I would have suggested that his money might be more meaningfully spent dismantling the choke-hold standardized testing currently has on education politics. Maybe try sorting out the details of labor-management challenges later on.

Referring to the fight over education policy, Edwards notes:

"It is fought not through ballot boxes or on the floors of hamstrung state legislatures but in closed-door meetings and at courthouses. And it will not be won incrementally, through painstaking compromise with multiple stakeholders, but through sweeping decisions–judicial and otherwise–made possible by the tactical application of vast personal fortunes."

It seems antithetical that much of the movement in public education policy is spurred by privileged individuals, many of whom advocate against the public part of public education. This is not only a problem because public problems should be solved publicly, but also because the individuals with the money clearly don't understand the breadth of the problems.
Labels: policy standardized testing Tenure