How Standards-Based Instruction is Murdering School

The following is an excerpt from a longer recent post on this blog. 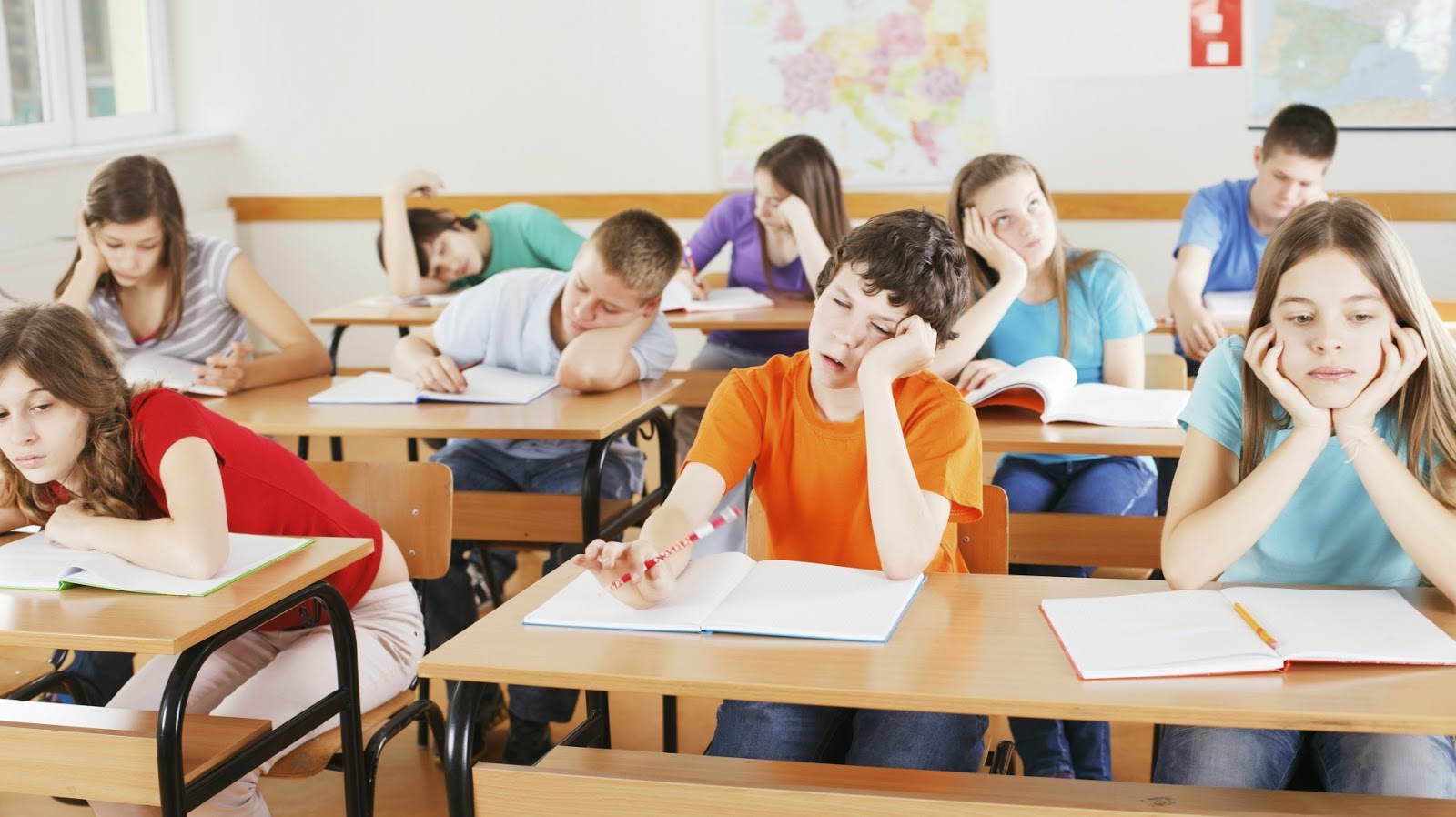 I am really tired of being expected to make Common Core the essence of everything I do in instruction.

Because it kills any opportunity students' might have to actually enjoy school.

What do I mean by this?

Around the country, many teachers are being trained to "unpack" the standards, not only among themselves, but with students. It is deemed a worthy classroom activity to give students the standards and spend time going through them as a class.

"Okay class, open your Common Core Standards to page five. This unit we'll be working on Common Core Standard 8.1. It's about citing textual evidence that most strongly supports an analysis of what the text says explicitly as well as inferences drawn from the text. Why don't we all break up into groups and try to decide what the hell that means?"

Teachers are actually being trained to teach like this. After having the class break the standard up and analyze it, they do an activity and reflect on how that activity helped them move toward the standard.

I'm sorry - but this is not how engaging, authentic, valuable learning happens. This is test-driven, dull, and ultimately ineffective. It's not inspiring; it's not equitable; and it's inhuman. Humans have learned just fine for millennia without anyone articulating their learning goals for them.

It's not that I don't think teachers should have learning goals. But most of what we learn, especially at younger ages, we learn unconsciously. And most of that comes out of experiences we have that engage us - things that make us go, "Wow! That's interesting!" It's why some students perform poorly in school yet excel in sports or computer hacking or video games or freestyle rap (contrary to what many of us assume, those endeavors require significant intelligence too).

Ironically, when you make the skill you're trying to teach explicit and uber-conscious, it can deter a person from developing that skill. This is particularly true when the language articulating that skill often makes no sense to the student until they actually start to catch on to what the skill is through modeling and doing it themselves. Students become overly focused on trying to produce what they think the teacher is looking for and avoid many of the natural steps that often occur when one picks up that skill naturally.

I often think those of us who've matured and been to college have an unreasonable expectation (one might call it a post-college bias) that verbalizing all skills and making them explicit to students will naturally help them learn better. But it's clear that students can learn a great deal of skills without ever being aware they've acquired them. Grammar is a perfect example of this. Most students progress in their grammar without having any knowledge that they're improving. Once you start throwing out words like object and predicate, there's a good chance you'll lose the majority of students at a young age. And it's totally unnecessary, since these terms really just exist for grammarians who endeavor to analyze language at a post-secondary level.

Expressing an idea or skill in language is often the last step a person goes through as they learn something. And language can be both a very blunt tool for communicating something very precise and confusing when it's written in the obfuscating style of language most standards are written in. So we take the last step and give it to students first? - and then expect that a tremendous emphasis on this is going to help students learn?

I don't think so.

Teachers should have learning targets, and they should be shared with students when appropriate. Not all students benefit from them. And some students benefit from them at different stages of the learning process. We should also keep in mind that any material or activity presented to a group of people will affect each of them differently. They will all make different connections and learn different things. It is likely that many will learn things from a given unit of study that the teacher never imagined as she crafted the learning goals. It doesn't mean that unit of study wasn't valuable.

People entering the teaching profession are not, by and large, morons. Teaching is a task that takes tremendous skill, and we should bear that in mind as we train new teachers and offer existing teachers PD. We're smart enough and dedicated enough to seamlessly integrate hard and soft skills into highly engaging curriculum. If only that's what we were being asked to do.
Labels: Common Core State Standards standardized testing